No one of sound mind can with a straight face dispute the fact that the times in which we presently find ourSelves living are nothing if not remarkable.  In recent years all of the difficulties, conflicts, and disagreements of the past have taken on a new immediacy and increasingly frenetic tenor.  Differences in political and philosophical ideologies have been amplified and multiplied, and “coming to blows” has become much more than just a colorful saying.

In a world where battle lines have been drawn and “us-versus-them” is the order of the day, it is beguiling to think of a scenario where animosity has somehow been sidelined and strife permanently transcended.

Everyone has a position, everyone holds an opinion.  Just imagine, though, of how peaceful and harmonious things might be if only we all could agree.  If only there were some way to engender such a change immediately, without harm, and without resistance…

I have for several years given much consideration to a button.  The imaginary button of which I speak has a single function: to change the world’s mind.  Though the mechanics of this change are unimportant, the results would be far-reaching and absolute: whoever encounters the button and chooses to push it will instantaneously and irreversibly transform every single member of every society on the planet into a traveler of like mind, like attitudes, like persuasions, like philosophies, like outlooks.  This miraculous change would occur without any violence or harm wrought upon anyone.  The world and the button-pusher are in total accord.

If offered the opportunity to push such a button, to have every other person on this Earth agree with me, I would refuse.

Though the factional enmity I presently observe saddens me, despite the persistent violence of word and of deed, regardless of my mistrust for long-established institutions, and the machinations of unseen powers and principalities, I still would not push the button.  I simply could not do it.  I hold the position that the forceful imposition of my will on another, no matter how painless or even pleasant such a conversion might be for them, would still amount to an implicit act of coercion.  I would not wish to be converted by another.  I can only consider others through the same lens.  My teachers and their teachers before them have held as sacrosanct and unassailable the Self and the free will present in every Human born.  This respect for the Choice of others is no less sacred to me.

Though the button could reasonably be regarded an elegant solution to a perennial problem, I would judge such a solution to be at least as corrupted as the havoc it could in a single moment replace.

Not surprisingly, I know several people personally who would without consideration or even a moment’s hesitation press the button if given the opportunity.  They would do so from the perspective of it eliminating conflict and being for the greater good.  And, to my way of thinking, they could not be more wrong.

For me, the only viable and acceptable remedy is found in civilized discourse, rational Self-interest, critical thinking, unflinching Self-honesty, and mutual respect for the agency of others.

We don’t need a button.  We just need to employ those tools which we already have. 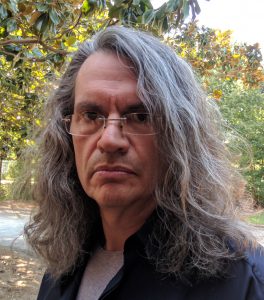 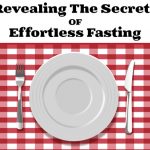